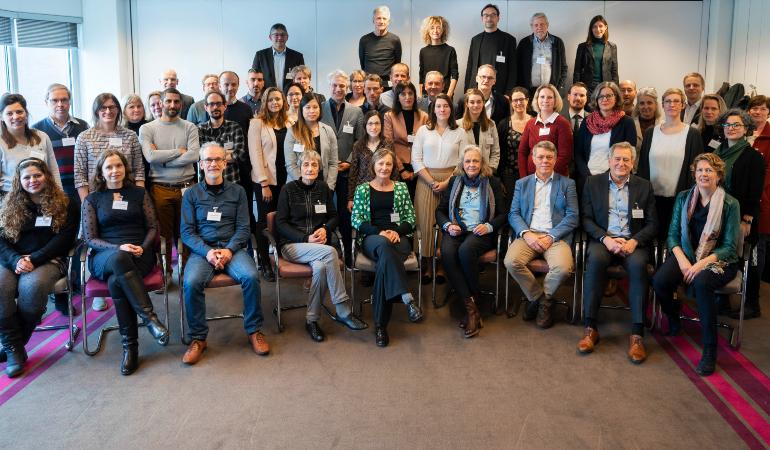 A kick-off meeting in Utrecht, The Netherlands, saw the launch of the Equal-Life project, a large scale study into the effects of physical and social environments factors on mental health, which will last five years. ‘We have set our work agenda for the coming years and strengthened our team with people from different countries and backgrounds’, said Irene van Kamp, the coordinator of Equal-Life. ‘We are ready to take off!’

The Equal-Life project is as ambitious as it  is large, comprising 20 partners from 11 European countries. Between 2020 and 2025, the consortium will examine birth-cohorts of over 250 000 children from seven different countries, as well as longitudinal school data sets and cross-sectional studies from four other countries. Equal-Life’s ultimate goal is to develop a toolbox that will help evaluate the effects of  physical and social environmental exposure at different levels. Results will provide a basis for new policies to prevent and/or reduce negative mental health impact on children from preconception to adolescence.

Mental health issues have largely been neglected in environmental research, but pose an increasing public health problem in Europe. This is especially true for early childhood and adolescence, as these are vulnerable developmental phases. Thus, differential  exposure to physical and/or social environments may have a profound impact on an individual’s health status as an adult.
Equal-Life will be using data from exposures, effect markers and outcomes of mental health and social and cognitive developments. Additionally, the project will contribute to the development and the subsequent utilization of the exposome concept, by

Through its Horizon 2020 Framework Programme for Research and Innovation, the European Union has helped to create a European Human Exposome Network. The initiative represents a significant EU-endorsement to the relatively young field of exposome research, involving a total of 126 research groups from 24 countries and a working budget totalling 106 million euros. The common goal of the nine large-scale research projects of the European Human Exposome Network  is to understand health impacts during lifelong environmental exposures. Among them is Equal-Life, which is coordinated by RIVM. The latter also participates in the ATHLETE project, which focuses on the negative effects of different chemicals to cognitive development and its underlying mechanisms.